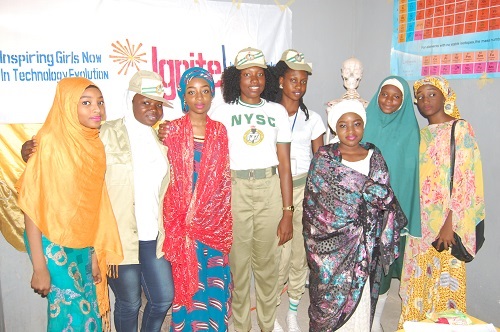 World Health Day, celebrated on 7 April every year to mark the anniversary of the founding of the World Health Organization.
The anniversary provides IGNITE Katsina, an opportunity to pick a topic: Impact of Technology on the Health of School Age Girls. This is in line with a theme of 2017 World Health Day: “campaign is depression”.
Depression affects people of all ages, from all walks of life, in all countries. It causes mental anguish and impacts on people’s ability to carry out even the simplest everyday tasks, with sometimes devastating consequences for relationships with family and friends and the ability to earn a living. At worst, depression can lead to suicide, now the second leading cause of death among 15-29-year olds. 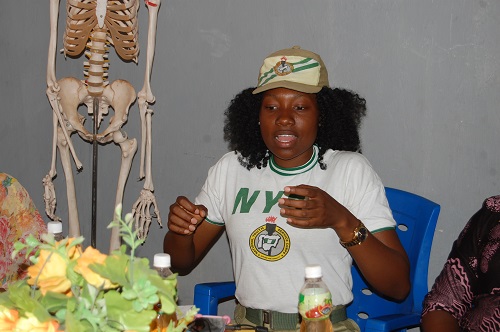 In commemoration of the World Health Day, IGNITE Katsina decided to celebrates it by organising a talk show among its member and asking Elona Erezi, to present more talk on health related issue as in the topic highlighted above.
Elona, a graduate Pharmacology and Therapeuticss from Delta State University, Abraka, is a corps member and an IGNITE Katsina fellow. She teaches biology as a subject in Government Girls College Katsina. She is a Roterian and have always participate in Rotary International Campaign Agaist Girl-Child Abuse (CAGCA).
When IGNITE Katsina met her and tried to relate with her on emerging health science & technology issues, she said and I quote “I’ve diverse areas of interest, technology, health and the girl- child inclusive. It’s therefore necessary to note that health doesn’t refer, only to the body but the mind as well, and that technological inputs cuts across every activities of humans from food to energy. ‎It’s on this note, that I’ll be answering and speaking on The IMPACT of Technology on the Health of School Age Girls in IGNITE Katsina organized talk show” 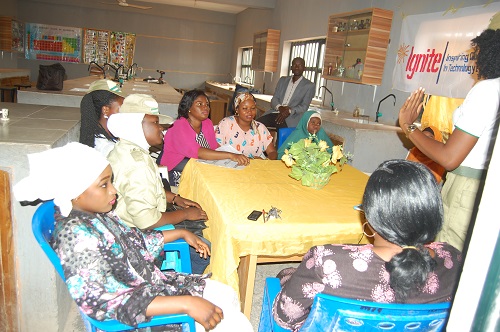 IGNITE Katsina asked the question “What is the Impact of Technology on the Health of School Age Girls?” And Elona gave the talks for several minutes: Find below:

WHAT IS THE IMPACT OF TECHNOLOGY ON THE HEALTH OF SCHOOL-AGE GIRLS
ELONA (Respondent):

We would begin on this note that the impact of technology can’t be denied and this has cut across every aspect of our health ranging from our mental, social, environmental to physical health. It would be needful to say that in a world that is fast-paced, dynamic and innovative, technology has put on a new face (a demanding one at that), and different people across all works and ages of human existence, especially school-age girls which we could refer to as teenagers have been engrossed in its developments and are constantly vying to get a grasp of every innovation that is introduced and this has clearly changed the way we live our lives today.

Technology today is reaching a critical mass stage where new products and ways of sharing are found and implemented at lightening speeds. There was actually a time when telling your child that they were not allowed to watch TV or have friends, and that was a huge punishment. In this modern age, there is whole bucket list of things that are necessary to control ……. television, iPods, cell phones, video games, internet……. the list is staggering.

Technology simply put is the application of science to solve problems

……. these developments have often posed questions such as does it have negative effects or impact on me? is technology harming my physical and mental health? should there be a limit?…….

Often times, as parents, the number one issue surrounding all this is trying to understand the gravity of technology’s impact on both our health and that of our children.

Some beneficial effects have of course been identified such as having more work done in probably a short period of time as seen in the use of bulk SMS, use of various software to aid designs, use of applications and software to aid project presentations and the list is endless ; opening the entire world to us….after all, the more knowledge one possesses, the further one goes in life………; having information at our finger tips ; making connections/meeting people and other benefits we could add ourselves.

But as its always said, to everything that has a positive effect, one should watch out for its negative.

A recent Stanford University study found that girls as young as eight who spend a lot of time multi-tasking on digital devices tend to have lower self- confidence and social skills – it really doesn’t work no matter what your age is – “you feel like the master of the universe but performance goes down- that’s very bad for your emotional well-being”- MIT Professor Sherry Turkle. 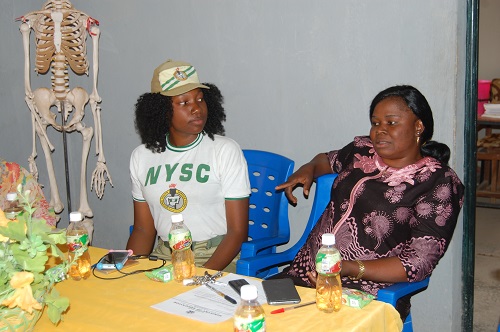 Computer vision syndrome which causes burning and irritation, eventually leads to blurring and problems focusing. The problem is lack of blinking as a result of focusing intently on the screen which can lead to dry eyes and eventually irritation – says Dr. Matthew Gardiner of Mass Eye & Ear Infirmary in Boston.

Our ears are also suffering according to Dr.Jennifer Smullen of the Mass Eye and Ear Infirmary in Boston.

Well more work is got done right but that means neck and back aches as most devices rest on our laps and we have to bend over, as shown in a study conducted by Harvard researchers.It’s all that sitting , and taking walks in- between helps. Research has shown that the longer you sit, the greater the likelihood you’ll die at a younger stage.

MIT Professor Sherry Turkle says Technology can also have a negative effect on our emotional health. “This digital diet that we are on now is not the one that is going to sustain us,” she explained.

Exhaustion, fatigue, poor sleep habits, shortened attention span, constant distraction, higher energy consumption, neurosis and stress are also some of its negative effects. Studies have shown that using media devices at any time during the day stimulates cortisol, the “stress” hormone and limits production of melatonin, the “sleep” hormone – experts recommend that no one uses screens within two hours of bedtime.

………some of the students and other participants during the interactive session also suggested that “lack of innovation by students, addiction, corruption in form of using devices for exam malpractice, chatting during classes and even death as a result of the use of ear plugins with loud volume on the road and railways making the user not to hear warning horns” are some of the negative effects they have noticed………

We are fully aware of the benefits we have had from technology but if not properly managed, the negative effects could outweigh the benefits and that’s why standards should be set. Time management is recommended on certain activities as well as limits. Certain laws/rules should also be put in place by individuals to regulate the use and outcomes of technology’s use.

I am happy working with IGNITE and participating in its program like the one of today to mark the honour of Girls Child on World Health Day.