On Oct. 18, 38 girls from 6th and 7th grades participated in an IGNITE event at Public Primary School No. 2, Kazimierza Pułaskiego, in Warka, Poland. Warka is a small town about 70 miles south of the capital, Warsaw.

The girls met with Ms. Anna Muszewska, a young professor from the Polish Academy of Sciences and an expert in the field of mycology, which is the branch of biology focused on fungi. 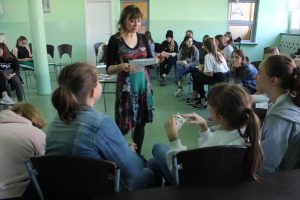 During her presentation, Ms. Muszewska was personal and direct and she treated the girls as equals, therefore gaining their immediate trust. The expert talked about what kinds of challenges and difficulties she encountered to be where she is now, and what contributed to her success. 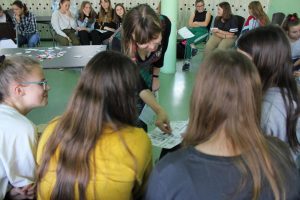 After the presentation she led a workshop in the form of the play, called “how to become a fungus?” In her ingenious and creative way, the girls learned about all kinds of different fungi and how they thrive. 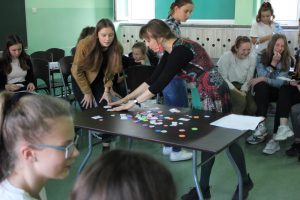 The students were very interested in the meeting, and they were actively asking about the details of the expert’s job, but also about the issues of her acceptance by her peers when she was their age. Ms. Muszewska provided an example that scientific work is interesting, and it's worth walking one’s own path, even though that requires devotion. 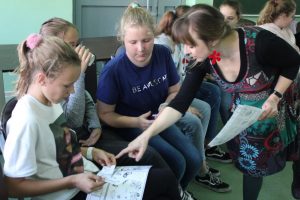 During lunch, several girls immediately sat next to her to talk, and one of them promised that she would send her an e-mail. 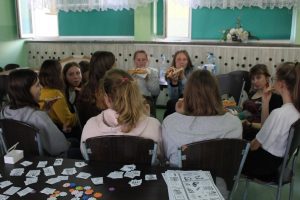 From the feedback we learned that the girls were greatly inspired by Ms. Muszewska’s presentation. Some wrote of their plan to apply to science profiled high schools. Others shall participate in additional classes outside of school that will cover STEM subjects. 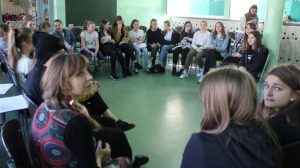 We are very grateful to this wonderful expert who talked about her work with passion, and also to the principal and the teacher who coordinated the meeting for their personal engagement and help in organizing this event. I also would like to thank the City Councilmen, Mr. Jacek Gawronski, who made this event possible. 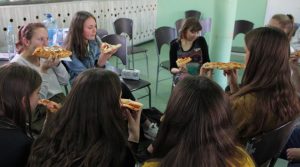 "It was inspiring that every woman can go her own way and don't have to care about others' judgement. I would like to thank you for the meeting, it has inspired many of us."

"She has achieved so much, her advice was very useful."

"I liked her story. The expert was great and the meeting was very interesting."

"I didn't know how many fungi there are! The event was super."

"The expert has advised me which high school I should choose."

"I liked the story about fungi and the game. It was very interesting."