Join IGNITE Worldwide’s Spring Gala, an opportunity to support gender equity in STEM. Our virtual event brings the IGNITE community together to raise funds critical to continuing our mission of inspiring students to pursue a future in STEM.

This virtual experience will include:  IGNITE alumna and student speakers, an inspiring message from IGNITE’s CEO and Founder, virtual paddle raise, an online auction, and more!

IGNITE Worldwide is dedicated to providing the Program cost-free to schools throughout the country and around the world. Your donation supports expansion of our award-winning Program to new schools and communities. Together we can change gender and racial equity in STEM clubs, classes, and careers.

ALL donations make a lasting impact towards changing gender and racial equity in STEM classes, clubs, and careers.
*all donations totaling over $500

Fundraise with a Peer-to-Peer Campaign

Start a new team or join an existing one to fundraise with your personal and professional networks.

VP, Global Deployment and Head of Diversity in Technology at Afiniti

Lindsay has over two decades of track record as a global technology leader. She has grown her career in various industries such as consumer packaged goods (Procter & Gamble), hardware and software services (Hewlett-Packard Enterprise), telecommunications (T-Mobile USA), and most recently she’s working at a unicorn company that focuses on Artificial Intelligence (Afiniti). Throughout her career, she has played many technology roles such from being a system analyst, project implementation lead, service delivery manager, digital transformation leader, head of DevOps, Global Deployment executive leader, and with her passion for advocating DE&I – recently expanded on being the Head of Diversity in Technology. Each role played a part on how she grew as a woman leader & diversity advocate in the technology space today.
She’s worked in several countries such as Philippines, Poland, Canada, and now in the USA. She now lives in Seattle, Washington with her husband and two young kids.

Board Director and former CIO/CTO

Marianne has enjoyed a long technology career. She got her start as a software engineer and moved into engineering management with ever expanding leadership roles. She has worked for software companies, internet companies, and retail businesses.

Marianne also served as the SVP, Consumer Facing Technology at the Starbucks Coffee company for over 4 years. There she led IT for China Asia Pacific and led engineering for global consumer facing technology. This included technology for retail, mobile, online, integration, and loyalty programs. Marianne served as the SVP of technology at Blue Nile. While there, she led multiple initiatives including launching the company’s first mobile app and international expansion. For five years Marianne served as Vice President of Engineering for the Disney Interactive Media Group, a division of The Walt Disney Company. While at Disney, Marianne led the software engineering teams that built technology for the company’s online advertising,content management, mobile applications and online video players. Her team was awarded multiple patents for their innovative contributions. Marianne served for 5 years in various capacities at CNET Networks, most recently as Senior Vice President of Technology Infrastructure. Marianne served as engineer and engineering manager at Sybase, an enterprise software company. She was at Sybase for over 6 years. She was also a software developer at the IBM Almaden Research Laboratory. Marianne holds a B.A. in Mathematics from Mills College and has done graduate work in computer science and executive management.

Elizabeth is a nationally recognized telecom executive in IT, pre and post merger integration and cross-functional programs. A creative problem solver, she’s led numerous strategic planning efforts, task forces and rapid results operational initiatives in structured, unstructured and regulatory environments. Elizabeth is currently leading the integration management office for the T-Mobile/Sprint merger. Her previous roles at T-Mobile include, serving as the primary IT liaison to the corporate strategy and marketing organizations, leading the IT portfolio, PMO, release management, architecture, technical design and compliance and controls organizations. Her prior experience includes leading the merger integration organization and managing customer experience while at AT&T Mobility, and a variety of roles in corporate development, product management at IT Dobson Communications.

Elizabeth is the executive sponsor of both the Women’s Leadership Network and the Women in Technology Employee Resource Groups at T-Mobile US. She has been recognized as a top 10 national finalist in the Advocate of the Year category from the National Women in IT Awards in 2018, and was included in the 100 Corporate Women Leaders in STEM from STEMConnector in 2017. Her speaking engagements include Grace Hopper, Hopper x 1 Seattle as a Keynote Panelist on Gender Equity, Cultural Bias and Gender Diverse Teams; Lesbians who Tech on Flexible Consumption in the Digital Era; the keynote speaker at the Ericsson Women’s Leadership Summit on The Accidental Technologist; and as a panelist at the Women in Tech Regatta on Leadership Building Credibility: How to Take a Seat at the Table. Elizabeth lives in Bellevue and has two kids, both of whom keep her active, while her husband keeps her sane.

VP, Head of Diversity, Equity and Inclusion at Afiniti

Lisa is currently the VP, Head of Global Diversity, Equity & Inclusion for Afiniti, the world’s leading applied artificial intelligence and advanced analytics provider with over two thousand employees, in offices worldwide. Prior to joining Afiniti, Lisa was at Charter Communications, a Fortune 70 company and leading broadband connectivity company with over 97,000 employees. She began her career at Charter as Director of D&I Operations, before expanding her responsibilities as the of Director of External Relations and Supplier Diversity.

Lisa started her career on Wall Street with Chubb Insurance Company as an underwriter for financial institutions. She subsequently joined American International Group (AIG) as a Management Associate, developing products for emerging markets in Mexico and South America. While at AIG, Lisa volunteered to plan a fundraiser for Housing Works, a New York City advocacy group for people who are HIV-positive or living with AIDS. She discovered a passion for event production and marketing.

She pivoted to the entrepreneurial world, becoming a principal for The Streetz, a boutique, urban product placement, marketing, and events firm in Soho. Striving to achieve work-life balance with a growing family, Lisa continued on her entrepreneurial path and founded PrincEvents, where she provided marketing and event planning services for a range of corporate, entertainment, and non-profit clients, including Tanqueray, The History Channel, Bad Boy Records/Sean ‘Puffy’ Combs, the Arthur Ashe Institute for Public Health, and Mike Tyson.

In addition to her board role with IGNITE Worldwide, and time volunteering in her children’s schools, Lisa serves on the board of the Montclair Scholarship Fund. As a result of a lifetime of working and lived diversity, equity, inclusion experience, and learning the foundational tenets of DEI from pioneers in the American civil rights movement, Lisa strongly believes in the power to change the trajectory of a young person’s life through education and inclusion. Equal access to education creates economic opportunity.

Bidding opens Monday, May 2 at 8am PDT and closes Saturday, May 7 at 8pm PDT

IGNITE is all about mentorship and women’s empowerment!  That is why each year, we invite a select number of executive level supporters to host their own auction item at the Gala to raise funds for girls in our program.  These auction items are a mentorship experience for you – it’s your chance to meet and network!

10-Course Tasting Dinner for four (4) with DEI Executives from Afiniti in Seattle, WA

10-Course Tasting Dinner at Surrell Seattle for four (4) with Lindsay Hua, Afiniti VP of Global Deployment and Head of Diversity in Technology, and Kelly Whiteside, Afiniti VP of People Development and Culture

Mentoring and Dinner for up to two (2) in Philadelphia with Telecommunications Executives from Afiniti and Comcastplus a roundtrip Alaska Airlines voucher!

Mentoring Session and Dinner for two (2) in Philadelphia with Orlando Hampton, Chief Customer Office at Afiniti and Marge Jackson, SVP Head of Sales at Comcast. Includes one (1) Round Trip Airfare voucher on an Alaska Airlines flight.

Virtual Meeting with Laura Lederer, Global C-Suite Executive, in addition to dinner for two (2) at either Ascend Prime Steak and Sushi in Bellevue, WA, OR dinner for two in Aspen, CO (your choice).

Experience this exclusive guided tour through the city beneath SeaTac Airport with Charu Jain, SVP Merchandising & Innovation at Alaska Airlines and enjoy a a light lunch in the N Lounge

Farm-to-Table experience for up to six (6) on Bainbridge Island, WA

Date and time to be mutually agreed upon. Dinner will take place in compliance with COVID-19 safety guidelines.

Using stained glass to create a unique one of a kind glass mosiac of flowers in a vase. Handmade wooden frame with hangers. Finished piece is sealed with a clear polycrylic which gives it additional durability. Original art by Cathi Rodgveller, IGNITE Worldwide CEO & Founder.

This 30-hour Platinum Package can be used for massage or acupuncture services at our clinics or in-home and can be shared with friends and family! Dreamclinic Massage is a Seattle-based, woman-owned business.

Mentoring, Office Tour, and Lunch in NYC for up to two (2) with Afiniti DEI Vice President plus a roundtrip Alaska Airlines voucher!

Mentoring, Afiniti Chrysler Building Office Tour, and Lunch for up to two (2) with Lisa Prince, VP of Diversity, Equity and Inclusion at Afiniti. Includes one (1) Round Trip Airfare voucher on an Alaska Airlines flight.

Virtual strategy session for six (6) with Elizabeth Hunter, SVP, Technology Strategy Implementation at T-Mobile (plus a bottle of wine!)

Mentoring and Dinner for four (4) at The Goldfinch Tavern at the Four Seasons with CIO and SVP Executives Seattle, WA

Dinner for four (4) at The Goldfinch Tavern at the Four Seasons in downtown Seattle, Washington with Marianne Marck, Board Director and former CIO/CTO and Jyoti Shukla, SVP User Experience at Sirius Pandora.

Find rest and rejuvenation with a two (2) night stay in a tranquil Washington setting. Choose from either a waterfront cabin along the Nisqually River or enjoy the fresh mountain air from a creekside cabin near Mt. Rainier.

2-Night Stay at an Adrift Hotel

Ready to get away from the big city? Come enjoy a 2 night getaway at the Adrift Hotel! Enjoy a dip in our salt water pool, take a bike ride on the Discovery trail, a walk on the boardwalk or a tasting in our Adrift Distillery! The ocean is calling. We look forward to seeing you soon! Includes blackout dates.

Using stained glass to create a unique one of a kind glass mosiac of flowers in a vase. Handmade wooden frame with hangers. Finished piece is sealed with a clear polycrylic which gives it additional durability. Original art by Cathi Rodgveller, IGNITE Worldwide CEO & Founder.

Enjoy this exclusive collection of lululemon gear, attire, and equipment! Valued at over $800. Winning bidder will have the opportunity for items to be mailed to them in coordination with IGNITE Worldwide Staff. 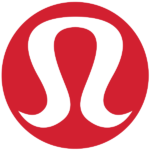 Are you interested in hosting IGNITE Events with your company? Become a Corporate Sponsor today!

We work directly with teachers during the school day to provide programming that promotes STEM education and career advancement. IGNITE Worldwide is dedicated to providing our program cost-free to schools throughout the country and around the world.